How many Transistors in a CPU?

2022-05-05
Transistors are the basic building blocks that regulate the operation of computers, mobile phones, and all other modern electronic circuits and is the basic unit of the CPU. Transistors can be packaged independently or in a small area. Integrated circuits can accommodate 100 million or more transistors. The transistor in electronic components is a semiconductor device, which is often used in amplifiers or electronically controlled switches. Transistors are the basic building blocks that regulate the operation of computers, mobile phones, and all other modern electronic circuits. At the same time, the transistor is the basic unit of the CPU. Transistors can be packaged independently or in a small area. Integrated circuits can accommodate 100 million or more transistors. The CPU mainly includes a logic operation unit, a control unit, and a storage unit. This article will detail how many transistors in a CPU and how the CPU works.

I Introduction to Transistor 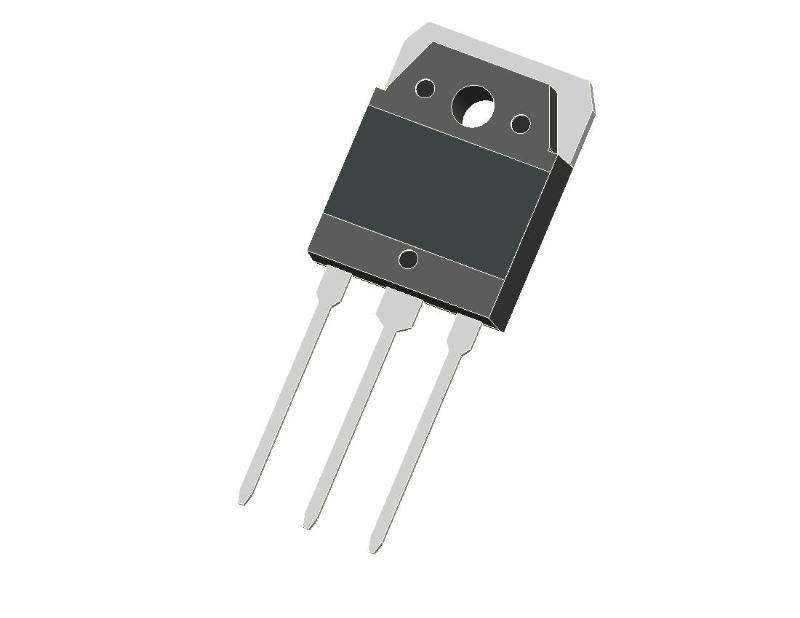 Transistors are the basic building blocks that regulate the operation of computers, cell phones, and all other modern electronic circuits. Due to its fast response and high accuracy, the transistor can be used for a variety of digital and analog functions, including amplification, switching, voltage regulation, signal modulation, and oscillator. Transistors can be packaged individually or in a very small area.

In December 1947, a research team composed of Shockley, Badin, and Bratton of Bell Labs in the United States developed a point-contact germanium transistor. The advent of transistors is a major invention in the 20th century. After the emergence of transistors, people can use a small, low-power electronic device to replace the bulky, power-consuming tube. The invention of the transistor blew the horn for the birth of integrated circuits. In the first 10 years of the 20th century, semiconductor materials have been used in communication systems. In the first half of the 20th century, the ore radio, which was widely popular among radio enthusiasts, used ore as a semiconductor material for detection. The electrical characteristics of semiconductors have also been used in telephone systems. 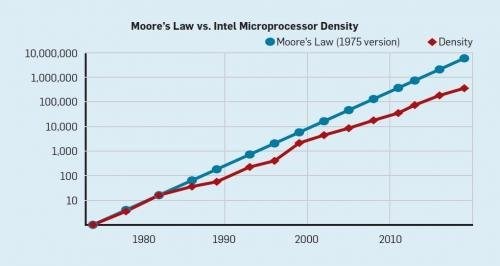 Moore's Law was proposed by Gordon Moore, one of the founders of Intel. When the price is unchanged, the number of components that can be accommodated on the integrated circuit will double every 18-24 months, and the performance will double. In other words, the performance of a computer that can be bought for every dollar will more than double every 18-24 months. This law reveals the speed of information technology progress. Although this trend has continued for more than half a century, Moore's Law should still be considered observation or speculation, not a physical or natural law. 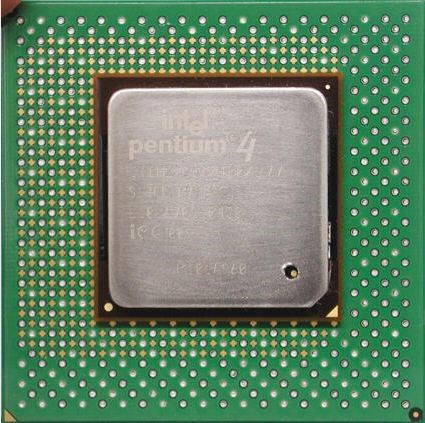 (6) July 27, 2006: The Intel Core 2 dual-core processor was born. The processor contains more than 290 million transistors, uses Intel's 65-nanometer process technology. It is produced in several of the world's most advanced laboratories. 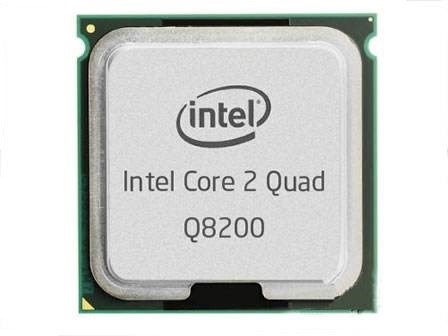 III Why are the CPUs with more Transistors stronger?

The CPU is like a large factory for storing switches. Each transistor is a switch, that is, 0 when turned off and 1 when turned on. The more transistors, the more switches. When you deal with the same problem, the more routes you choose, the more looped lines.

Similarly, the more transistors a CPU has, the more branches current flows in a unit of time. From a macro perspective, the more data you can process on the CPU, the faster the machine.

CPU manufacturing is a very high-precision process, which must be completed by means of machinery. The transistors cut from the wafer will be printed on the CPU base by machinery. Each printed base will be checked to eliminate defective products. And then add the shell interface to become our common processor product.

IV How does the CPU work?

As we all know, the CPU is the "heart" of the computer and the core of the entire microcomputer system. Therefore, it is often synonymous with various grades of microcomputers, such as 286, 386, 486, Pentium, PII, K6 to today's PIII, P4, K7, and so on. Looking back at the history of CPU development, the CPU has been greatly improved in manufacturing technology. It mainly reflected in the integration of more and more electronic components. From the beginning of integrating thousands of transistors to the current millions and tens of millions of transistors. How do they process data?

1. The Original Working Model of the CPU

Before understanding the working principle of the CPU, let's talk briefly about how the CPU is produced. The CPU is manufactured on pure silicon material. A CPU chip contains millions of delicate transistors. People use chemical methods to etch or photoetch transistors on a silicon wafer. Therefore, the CPU is composed of transistors. Simply put, transistors are miniature electronic switches. They are the cornerstone of building a CPU. You can think of a transistor as a light switch. They have an operating bit, which represents two states: ON and OFF. This on and off is equivalent to the connection and disconnection of the transistor. These two states correspond to the basic states "0" and "1" in binary. In this way, the computer has the ability to process information. But don't think that the principle of the simple "0" and "1" two-state transistors is very simple. In fact, their development is obtained after years of hard research by scientists. Before transistors, computers relied on slow, inefficient vacuum tubes and mechanical switches to process information. Later, scientists put two crystals into a silicon crystal, so that the first integrated circuit was created.

Seeing this, you must be wondering, how do transistors use the two electronic signals "0" and "1" to execute instructions and process data? In fact, all electronic devices have their own circuits and switches. The flow or disconnection of electrons in the circuit is completely controlled by the switch. If you set the switch to OFF, the electron will stop flowing. If you set it to ON, electronics will continue to flow. The switching of ON and OFF of the transistor is only controlled by electronic signals, so we can call the transistor a binary device. In this way, the ON state of the transistor is represented by "1", and the OFF state is represented by "0", which can form the simplest binary number. The special order and pattern of multiple "1" and "0" generated by many transistors can represent different situations, which are defined as letters, numbers, colors, and graphics. For example, 1 in decimal digits is also "1" in binary mode, 2 is "10" in binary mode, 3 is "11", 4 is "100", 5 is "101", and 6 is " 110 "and so on,  which constitutes the binary language and data used in computer work. Groups of transistors can be combined to store numerical values, as well as to perform logical and digital operations.

2. The Internal Structure of the CPU 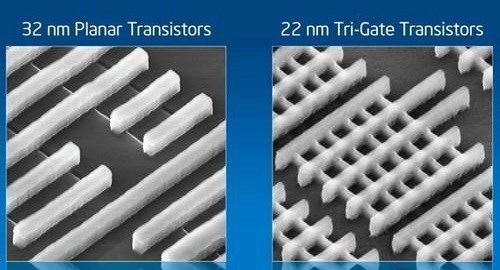 ALU is the core of the arithmetic unit. It is based on a full adder, supplemented by a circuit composed of a shift register and corresponding control logic. Under the action of the control signal, it can complete four operations of addition, subtraction, multiplication, and division, and various logical operations. As just mentioned, this is equivalent to the production line in the factory, which is responsible for calculating the data.

RS is essentially a place where data is temporarily stored in the CPU. It stores the data waiting to be processed or the data that has been processed. The time for the CPU to access the register is shorter than the time to access the memory. The use of registers can reduce the number of times the CPU accesses memory, thereby improving the CPU's working speed. However, due to the limitation of the chip area and integration, the capacity of the register set cannot be large. The register set can be divided into special registers and general registers. The general-purpose register is widely used and can be specified by the programmer. The number of general-purpose registers varies by the microprocessor.

The CPU, which is composed of transistors, is the core of processing data and executing programs, namely the Central Processing Unit. First of all, the internal structure of the CPU can be divided into a control unit, logical operation unit, and storage unit (including internal bus and buffer) three parts. The working principle of the CPU is like a factory's processing of products: raw materials (program instructions) that enter the factory are dispatched by the material distribution department (control unit) and are sent to the production line (logical operation unit) to produce finished products (processing Data), and then stored in the warehouse (storage unit), and finally wait to be sold on the market (for use by the application). In this process, we noticed that from the control unit, the CPU started the formal work. The intermediate process is to perform the arithmetic processing through the logical operation unit, and the handover to the storage unit represents the end of the work.

Basically, the CPU performs three basic tasks: reading data, processing data, and writing data to memory. But under normal circumstances, an instruction can contain many operations performed in a clear order. The job of the CPU is to execute these instructions. After completing an instruction, the CPU's control unit will tell the instruction reader to read the next instruction from the memory and execute. This process repeats continuously and quickly, executing one instruction after another, producing the results you see on the display. While processing so many instructions and data, there will definitely be chaotic processing due to the data transfer time difference and the CPU processing time difference. In order to ensure that every operation occurs on time, the CPU needs a clock, which controls every action performed by the CPU. The clock is like a metronome. It continuously pulses and determines the pace and processing time of the CPU. This is the nominal speed of the CPU we are familiar with, also known as the main frequency. The higher the main frequency value, the faster the CPU works.

5. How to improve CPU work efficiency?

Since the main job of the CPU is to execute instructions and process data, work efficiency will become the main content of the CPU. CPU manufacturers also try their best to use the CPU to process data faster. According to the internal calculation structure of the CPU, some manufacturers add another arithmetic logic unit (ALU) in the CPU or set up another floating-point operation unit (FPU). It greatly speeds up the speed of data operations. In terms of execution efficiency, some manufacturers increase the execution speed of instructions by pipelining or executing instructions in parallel. As we mentioned earlier, the execution of instructions requires many independent operations, such as instruction fetching and decoding. Initially, the CPU must execute the previous instruction before executing the next instruction, but now the distributed circuits perform their operations. That is to say when this part of the circuit has completed one job, the second job immediately occupies the circuit, which greatly increases the efficiency of execution. In addition, to make the connection between instructions more accurate, the current CPU usually uses a variety of prediction methods to control instructions to execute more efficiently.